No items found.
Go to Shop  
Product is not available in this quantity.
Contact Us     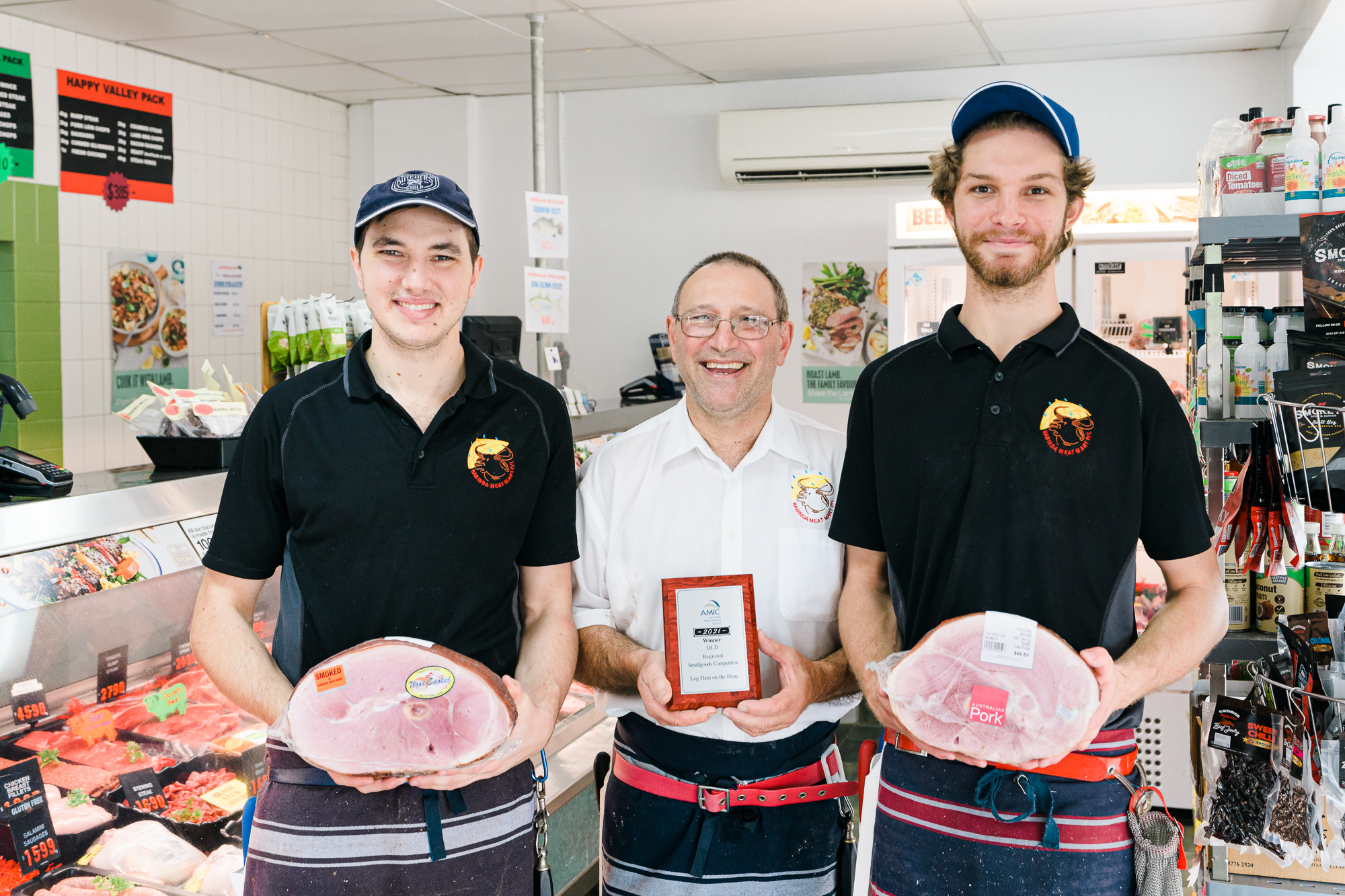 Babinda Meat Mart took out the win at the Australian Meat Industry Council's annual Tropical Region Sausage King, Best Butchers Burger and Smallgoods competition on Sunday, in the Leg Ham on the Bone category with their Traditional Smoked Ham.

Owners Tootie and Wendy Nucifora purchased the butcher shop from Tootie's parents more than 30 years ago.

"I did my trade right here in this shop, working for my parents as soon as I finished school in 1981," Mr Nucifora said.

Mr Nucifora says he believes in a good quality smoker, the perfect blend of ingredients in the ham curing process, but most important of all is the traditional techniques."

"The whole process would take about three days for a good ham, too much longer, and it can get too salty."

"We are your traditional butcher. Everything comes in as a carcass and is boned out and processed right here on the premises; we still do it the old-fashioned way."

Customers from Cairns in the north and Tully in the south regularly make the trek to Babinda Meat Mart to satisfy their tastebuds.

"We love that we are from a small community, but we can offer a quality product and excellent service.

"We know the backstory of every cut of meat, and we know exactly where it comes from.

"I think that's what makes us special and helps us thrive."

When asked what prompted him to start smoking and curing smallgoods, Mr Nucifora said he had always dreamed of making his own flavours and recipes.

"As soon as my dad bought this place when I was in school, I knew I wanted to be a butcher… a great butcher."

"We eat it all. If we can't eat it, we wouldn't expect anybody else to!"

After plenty of trials and staff taste-testing, Babinda Meat Mart has released their housemade Cheerios and Frankfurts.

Mr and Mrs Nucifora are proud to employ 12 locals from Babinda and surrounds.

Regional category winners will now progress to the state finals in Queensland later this year, ahead of the national finals in February.

Delicious, local food from
our family to yours.